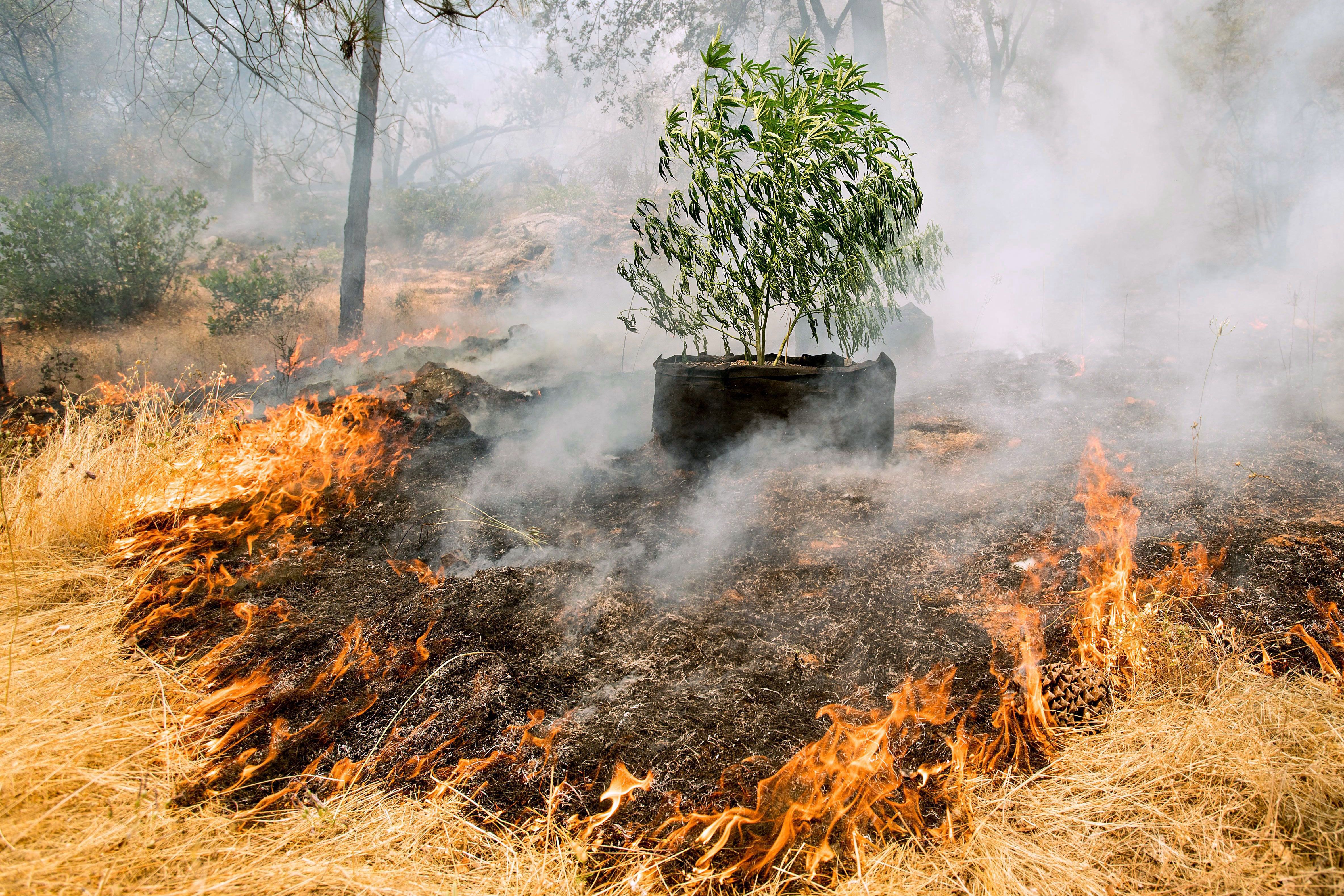 The California cannabis industry has seen enough smoke since 2017 to last them a good while, and not because they have been partaking in the use of their product either. On July 27, 2018, Mendocino County in California saw two significant fires spark in the afternoon, quickly spreading and earning the name, The Mendocino Complex Fires. The largest of the two fires, The Ranch Fire, torched a significant amount of the counties rolling countryside, while it’s lesser counterpart, the River Fire, helped to bring the destruction to over 450,000 acres between the two blazes.

Although the blaze is now known as the largest fire in the history of California, it was not the most damaging by far. Most of the area that was covered by flames was an isolated hillside and some rolling countryside. The Mendocino Complex Fires did, however, claim the life of one of the 14,000 firefighters currently working on containing fires throughout California. The brave firefighter was working near the border of the Ranch Fire when a burning tree fell, taking his life; Only three other injuries of firefighters have been reported in connection with these fires. The blaze also consumed 119 homes and another 110 structures in Mendocino County.

Although there is not much to be said about how the Mendocino complex fire is affecting cannabis crops right now, up to 40% of growers and retailers in California saw hardships from the blazes that scorched through the state in 2017. As of the first week of September, both fires have been 98% contained, and soon cannabis retailers and farmers will have a better idea of the impact the damage has taken on the industry. Unlike more traditional farmers in the state, cannabis growers are unable to put insurance on their crops as marijuana is classified as a schedule 1 drug, so that will be a significant factor in whether or not farmers will continue to stay in the industry. Since last year’s destruction, some farmers have stated that if they suffer too much damage and loss from the Mendocino Complex Fires they are likely to pack up and walk away from the industry altogether.

One redeeming factor in all of this strife is that currently there is five times more supply than there is demand in the state of California, so the Mendocino fires are not likely to cripple the industry right now. However, many legal cannabis growers are reaching out to their state and local government for better support for the industry, like sustainable areas to grow their product that is not under constant worry of burning to ashes with no hope of reimbursement from insurance companies. Though the area these farmers are growing cannabis in now is perfect for the cultivation of the plant, it is also a hotbed for wildfires that could spark up at any moment; This is why it is so crucial for the Government to allow these farmers to claim their crops for insurance just like any other farmer could.